It is said that The origin of the word HAKUTAKU or HOCHI in Chinese Tang Dynasty.

Shingen TAKEDA, the warring daimyo (lord) in Kai Province learned tactics by Koshi,Moshi, Sonshi and Goshi. It is said that he was taught about HAKUTAKU or HOCHI by a high priest during that period.

Around the middle of the Edo period（Genroku cuiture）,Yoshibo Yanagisawa became the warring daimyo (lord) in Kai Province.Around the same time, HOTO is said to have spread widely. Because the trendy culture has changed from the culture of Osaka to the culture of Edo, depending on the general’s preference. 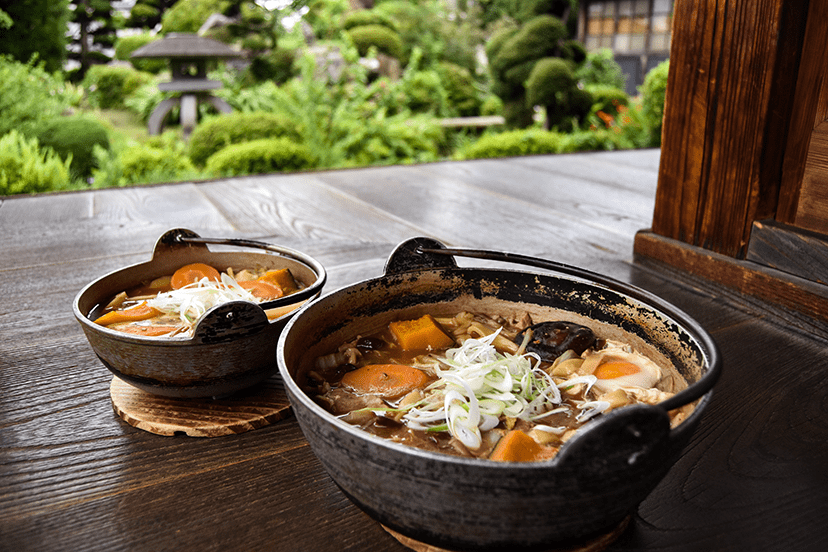 Using non-GMO soybeans from KOKKAIDO, Akita.
Aged about 2 years with plenty of traditional wheat straw, Finished as a fragrant and rich miso.

We make it every morning, use kelp（from Rishiri, Hokkaido）, mackerel, sardine, AGO, etc. and make no chemical seasonings.